George Will on GMAC

George wrote a piece on GMAC for today’s Washington Post entitled “End Run On the Treasury.” He seems to be upset that GMAC sponsored a college football bowl game with taxpayer money. Furthermore, he is piqued because GMAC won’t divulge what they spent for the sponsorship.

Some excerpts are as follows:

“There are 34 bowl games, which is why you might not have noticed Tuesday’s Bailout Bowl (Ball State vs. Tulsa, by the way), in which you could have seen your tax dollars at work. Or at play. The game’s real name was the GMAC Bowl. GMAC is known as the “financing affiliate” of General Motors. But Cerberus, the huge private equity firm that owns 80.1 percent of Chrysler, also owned 51 percent of GMAC until GMAC got the government to baptize it as a bank holding company. That transformation supposedly was necessary to make GMAC eligible for a place at the TARP (Troubled Asset Relief Program) trough — although GM itself already has a place there, as does Chrysler. Anyway, the infusion of TARP dollars — 6 billion of them — diluted Cerberus’s GMAC ownership to at most 33 percent, but that diminution seems a small price for Cerberus to pay for a second bite from the bailout apple.”

“Washington sternly said that it would allow GMAC to become a bank holding company only if GMAC managed to increase its capital to $30 billion. When GMAC fell far short of that goal, Washington supplied some of the shortfall. Immediately after GMAC became eligible for TARP money, GM reduced to zero the interest rate — for up to 60 months — on certain models. This, of course, penalizes GM competitors, including Toyota, Honda and other “transplants” whose cars are made in America by Americans for Americans, and Ford, which does not have the freedom of maneuver conferred by TARP money because Ford is not taking any.”

“This redundant evidence that no good deed goes unpunished might be a reason for Ford to take some. Then it could join GM in using taxpayers’ money to produce more troubled assets. The New York Times reports that GMAC has begun making loans to borrowers with credit scores as low as 621, a significant relaxation of the 700 minimum score the company adopted just three months ago as it struggled to survive. America’s median credit score is 723. GMAC’s lowered standards will increase the number of people eligible for its loans by an estimated 50 million.”

“What should one call loans made to applicants who, three months ago, were thought to be trying to buy more expensive cars than they could afford? How about “subprime loans”? Thus does the economy, which is suffering a fierce hangover after going on a bender of reckless borrowing, try a familiar remedy — the hair of the dog. The $6 billion for GMAC comes from the federal government buying $5 billion worth of preferred shares in GMAC and lending another $1 billion to GM for it to invest in GMAC. All this makes GMAC partially nationalized, so taxpayers should be able to indulge a wholesome curiosity concerning, for example, how much GMAC paid for its sponsorship of the bowl game. But GMAC will not say. Why not? Whatever the sum is, it is hardly even a rounding error on $6 billion. In 2000, the first year of its bowl sponsorship, GMAC paid $500,000. Perhaps the sponsorship makes marketing sense, even today. But even though its pockets are bulging with public money, GMAC says, through a spokeswoman on Monday, that it does not disclose the specifics of its marketing program.
You might think that a company forfeits the right to such secrecy when it takes the public’s money. You would, evidently, be mistaken. Although GMAC is now attached by an umbilical cord to the U.S. Treasury, GMAC’s position is that the sponsorship price is none of the public’s business.”

I think he is factually wrong about “median credit score.” With the wave of delinquencies, defaults, and foreclosures I suspect credits scores have dropped on average, but my understanding is that the sub prime threshold is 580, certainly not 620. He seems to be correct regarding the advantage GM has over “unTARPed” automakers. And I agree that companies taking taxpayer dollars should be completely transparent.

I’d be interested in the input of other industry professionals. 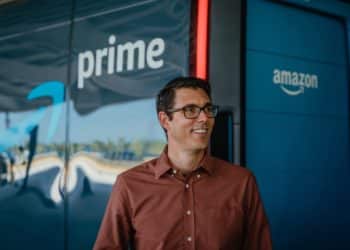